"In order to write about life first you must live it." 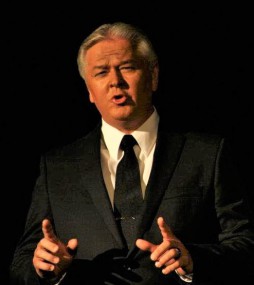 Lanny's creativity allows him to write about a myriad of topics which is why he refers to his efforts as “life journaling.” Through his experience as a single dad; public high school educator; associate pastor; and as a Chaplain; he possesses an eclectic perspective from which his repertoire of informative and inspirational writings originate.

Lanny's latest work, "Amazon Culture- Exploring the Jungle of Narcissism" evolved from decades of experience dealing with individuals who seemed to embrace a multitude of narcissistic tendencies. This piece is scheduled for release in the summer of 2021. His other published works include: "The Mystery of Zion - Israel and the Last Days;" “Sons of the Eastern Plains – a Memoir;” “Fingernails on the Chalkboard – An Insider’s Look into the Public Education System;” “Children of Promise – A Single Parenting Guide;”  “Wings of the Dawn;” and a devotional he co-authored with his mother Clarice, entitled “They Called Him… Jesus!”  He also has written a non-published historical fiction piece entitled, “Unforgiven Destiny.” (This work is actually available as a free-download on this website.)

For over a decade Lanny served in a drama ministry as an actor and writer of numerous productions and drama skits. Through the years he participated in various ministries and positions at the local church level: Chairman of the Board, Lay Speaker, and Education Chairman. Lanny grew up in a musical family, playing the trumpet in school bands and at special church events. He still loves to sing in  the car and one of his proudest accomplishments stemmed through his involvement as a founding member of a gospel group called “FourEver His!”  He’s the first to admit that he is more of a backup singer than a soloist. His favorite disclaimer about singing is that he was always the Sonny Bono of any ensemble group, although he is a much better snow skier than Sonny.  Lanny’s all-time favorite song to sing is Ray Steven’s “Mississippi Squirrel.”

Lanny retired at the age of 50 after nearly three decades of service in the public education system as a teacher and as an administrator. He completed both a Bachelor and Master of Education Degree from Colorado State University and a Master of Arts in Public School Administration from the University of Phoenix.  In 2007 he completed a Doctor of Ministry degree from Newburgh Theological Seminary and a PhD in Biblical Studies in 2014. In 2006 Lanny was recognized by Goodwill Industries of Denver as the “Educator of the Year.”

For nineteen years Lanny was a single parent of two sons, Brian and Dennis, whom he raised from the ages of five and seven.  For more than ten years, he was a facilitator in the Single’s Ministry for Divorce Recovery and Single Parenting workshops at various churches.  After retiring from public education Lanny began to serve in the capacity as Associate Pastor at the local church level as an ordained minister. Currently he serves as a Chaplain in the Denver area through his affiliation with Marketplace Chaplains.

“How vain it is to sit down to write when you have not stood up to live.” ~ Henry David Thoreau