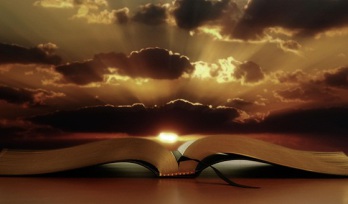 “A Biblical Perspective” provides insight into various topics that present themselves to the modern Christian. On this page Lanny shares thoughts regarding the church, rightly dividing the Word of God, Christianity, and daily living. His educational background provides the foundation for what he shares on this page. With a Doctorate in Ministry, along with a PhD in Biblical Studies he possesses the credentials necessary to share on a multitude of relevant topics.

The Mystery of Zion Series - Israel and the Last Days 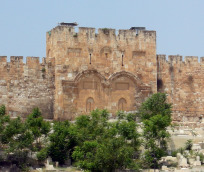 There is a cloud of mystery surrounding God’s chosen people and their Promised Land as it relates to how they fit into God’s bigger plan to bring salvation to the world by serving as the genetic conduit for the Messiah to be born. The perspectives from the early Church Fathers and even Constantine perpetuated the misconception that God is finished with the Jews and the nation of Israel.

After the destruction of Jerusalem in ad 70—when the Jewish people were literally scattered to the four corners of the globe for 2,000 years—it appeared that the early Church Fathers were right. However, with Israel’s miraculous rebirth as a nation in 1948, the prophecies regarding Israel’s role in God’s overall plan were miraculously resurrected. A nation that had been a long-forgotten part of Mid-eastern history, a civilization that had long since been forgotten, and even a language that appeared to have been lost to antiquity, were all resuscitated and brought back to life. The dry bones of a nation were given new life. As Ken Garrison notes in his book Hebraic Roots, “Contrary to the assumptions of the early Church fathers, rejection or divorce of His people was never an option considered by God (Jeremiah 33:24–26).”

Fear not, for I am with you; I will bring your seed from the east, and gather you from the west. I will say to the north, “Give them up!” and to the south, “Do not keep them back!” Bring My sons from far, and My daughters from the ends of the earth (Isaiah 43:5–6 nkjv).

Download your free Study Guide to deepen your knowledge of the revelatory material contained within The Mystery of Zion. Great for personal study or for a group study.

You can click on the link below to go directly to Amazon.com to order your copy of The Mystery of Zion. That way you will enjoy the full impact of this profound and enlightening study.

Order The Mystery of Zion Now

If you haven't ordered your copy of The Mystery of Zion, you can click on the pdf below to access a short synoptic lesson of the chapters in order to catch a glimpse of the power contained within the study.

Israel's Timeline Chart
The timeline of Israel provides information from the Birth of a Nation, all the way through the Rapture, the Tribulation and the Eternal State of God's chosen.
IsraelTimeline2017SubmissionTemplate.pdf
Adobe Acrobat document [571.8 KB]

Andy Stanley recently shared a message regarding a troubling reality found within much of the modern church. It is heart wrenching to realize that a multitude of church bodies have inflicted great harm on individuals who have sought inspiration, encouragement and support from a local fellowship. Have you ever experienced anything like this? Maybe you know somebody who has been hurt by a local church body.

Want a biblical understanding on how to deal with this issue? Click on the pdf below to download "The Hired Hand!"

The Hired Hand! A Biblical Perspective
Sometimes people experience something in a church that turns them against ever darkening the threshold of a sanctuary ever again.
TheHiredHand.pdf
Adobe Acrobat document [457.1 KB] 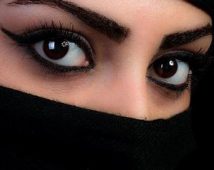 “The Influence of Jezebel!”

But I have this against you, that you tolerate the woman Jezebel, who calls herself a prophetess, and she teaches and leads My bond-servants astray so that they commit acts of immorality and eat things sacrificed to idols.  Revelation 2:20 NASB

There usually aren’t too many Sunday morning messages in the church focusing on Jezebel. Her story is contained in the Old Testament books of I & II Kings. It’s not a favorable tale, neither for Jezebel nor her husband King Ahab, who was the king of Northern Israel. Jezebel is also mentioned in the Book of Revelation chapter 2 where Jesus shares an extremely strong message to the church. Once again, this reference to Jezebel is not favorable. There is a haunting lesson to be learned from the story of Jezebel and King Ahab. It’s a message which relates to all of us in this modern day.

Check out this short study on Jezebel by clicking on any of the links below:

Is Jesus the Only Way?

In this hypersensitive, politically correct world, it has become extremely common to hear people say there are a multitude of ways to find god and enter into heaven. It’s acceptable to make god into what you want him to be, or need him to be for your own personal purpose or definition. It’s pretty normal to put god in a box to fit your own perceptions of who or what he is. This of course is a contrived, secular perspective of god that originated through a limited human understanding of life.

Many people believe that it doesn’t matter what your religious or spiritual beliefs are, as long as you are sincere, and you earnestly seek your own form of spirituality, you’ll go to heaven. However, if we believe what the Bible says, these other paths are nothing more than an individually contrived, self-serving view of god. This feel-good message is extremely palatable but flagrantly flawed. It’s a devious concoction with deadly consequences.

Is Jesus the Only Way?
The title of this study is a stumbling block for a lot of people, including many folks who claim to be Christians. Within this age of political correctness there are many who believe there have to be multiple ways to get to heaven. Find out for yourself if Jesus is the Only Way to Heaven!
IsJesusTheOnlyWayFeb2019.pdf
Adobe Acrobat document [822.6 KB]

The Bread of Life 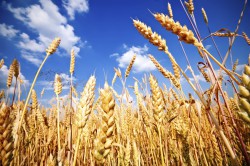 2018 was the most challenging year of my life. It started off with the decline of my dad’s health, culminating with his passing from this life on February 9th at the age of 84. Ironically, the day before his death he asked me the date. It was almost as if he knew he’d be leaving this world the next day. Early the next morning his soul transcended the bonds of this earthly realm and entered into his eternal rest with his Lord Jesus! The 9th of February was the same day his father-in-law (who was more of a father to him than his own dad) passed away 48 years earlier. In fact, my father and grandfather passed away at nearly the same hour of the day. Well, a few weeks later my wife filed for divorce citing irreconcilable differences as the reason. Several weeks after that my church placed me on a four month paid leave of absence. At the end of the leave my employment at the church was terminated. In less than a year, I had lost my father, my wife, my job at the church, my church family and my ministry as a pastor.

In retrospect, as I reflect on the nearly overwhelming loss experienced throughout the course of ten months, I realize this was a season of sifting for my life. It was as if I had been whipped to pieces on the thrashing floor, then tossed in the air, allowing the wind to blow away the chaff. The chaff included many of the things in this world I held close to my heart. Chaff that needed to be stripped away for some unknown reason. I’ve considered whether some of those things could have been a distraction of some sorts; causing me to lose focus on the truth of what is really important in this life. Maybe a few of those distractions had become a sort of idol, causing me to turn my eyes and attention away from the "One" I needed most in life.

With my world turned completely upside down, as Christmas approached, I realized something - "The 'One' I chose to follow decades earlier; He is the only One who understood exactly what I had endured and the excruciating pain I had suffered." In fact, He too had been beaten and broken on the world’s thrashing floor for the salvation of humanity.

Jesus is the Bread of Life. He was born in a small town called Bethlehem. In the ancient Hebrew the literal meaning of Bethlehem is “house of bread.”   Jesus is the “Bread of Life” and it was on the first day of “Unleavened Bread” when the “Passover Lamb” had to be sacrificed over 2,000 years ago. On the thrashing floor of this earth Jesus was prepared for a higher purpose, a divine calling. The punishment that brought “peace to earth” was placed upon Him as spoken about in Isaiah 53.

During the darkest days of my life, I began to see the significance of Jesus being known as the “Bread of Life.” I started to realize what He suffered for the peace of humanity, was analogous to the process of wheat being prepared to feed the hungry. Like grain being pulverized by a millstone, He was crushed for my iniquity. By His wounds; by the shedding of His blood, I am healed. Literally, He was pierced for my transgressions and as the “Bread of God” that came down out of heaven, He provides “Life” to the world! The Bread of Life spoke to me this past year. He reminded me that I could not live by bread alone, but by every “Word” that proceeds forth from His mouth.

Over the past year I’ve had the privilege of performing quite a few memorial services for family and friends. Not too long ago, I came across this quote from Charles Spurgeon a well-known preacher of the 19th century. I believe that his words help bring a sense of comfort to the reality of losing a loved one. Nothing can ever prepare you for the loss of someone you love. But there is a peace that comes when we acknowledge God's divine sovereignty and grace.

When you stand over the grave of one you love, you are apt, in the loss, to forget he was a loan from God. When a dear one is taken away, the right way to look at it is that a precious loan has been called in by its Owner. We ought to be very grateful to have been allowed to borrow the comfort so long. We ought not to repine when the Owner takes back what He so kindly lent. The husband to whom you have been married these 10 years, or the child that has nestled in your bosom two years, or the friend that communed with you half a lifetime, or the brother who was such a comfort all his days–when these are gone, do not look at the going, only, but thank God that you ever had them. Be honest enough to acknowledge the good as well as to lament the evil. Bless a taking as well as a giving God, for He takes only but what He gave. ~ Charles Spurgeon

The Lord is close to the brokenhearted and saves those who are crushed in spirit.     ~ Psalm 34:18 NIV