Just Sayin'! is the place where I share thoughts and ponderings of my life from day to day. I have to admit there are times I have some profound thoughts pop into my head. I am the first to admit those are the ones that are divine words of wisdom that come from the Lord. Other times I have something light up my brain and I wonder where in the world did that come from? Those are usually the ones that can be attributed to my own mind games. After all, the mind's a terrible thing to waste. This is a page where I will be sharing some of those thoughts, reflections and ponderings.

Sometimes I share my thoughts about biblical questions. Other times I present ideas and ponderings about living in this crazy world of the 21st Century. There are also moments when I will share something that has transpired in my life causing me to stop and either smell the roses, or lie down and lick my wounds. Regardless, I don't share these thoughts in order to start an argument or prove a point. I merely intend for them to be food for thought - something for the windmill of your brain to chew on for a bit. The world in general has lost the ability to thoughtfully consider, ponder and contemplate the views and opinions of others without taking offense. I'm not an expert in much of anything. But that has never stopped me from having an opinion. Many folks today don't value any opinion other than their own. That of course borders on being either a narcissist or a socio-path. From a societal perspective that  is the foundational premise of bigotry and intolerance. It's the ultimate killer of relationships - the driving force that destroys entire civilizations!

So, as you read my opinions, my thoughts and my ponderings below, take them for the purpose of which they are actually intended. The educator in me wants you to contemplate and reflect on the topics presented. Then, after thoughtful and reflective consideration, you can draw your own conclusion. Hopefully, you'll arrive at a personal, more informed opinion that is uniquely your own. I used to always tell my students to "Engage their brain before engaging their mouth!" That comes through careful consideration and contemplation of the topic at hand.  I hope you enjoy my ramblings, in Just Sayin'! 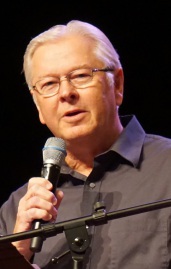 I Ponder as I Wander…

Within the confines of our finite life on this earth, there are defining moments that present themselves on occasion. Now I’m not talking about the routine, mundane moments of life that happen on a fairly regular basis. But rather, I’m referring to monumental moments that drastically change the heart, touch the soul, or forever change the essence of who we are or how we pursue life. These moments of human definition may only happen but a few times within our existence. Yet, when they occur, their impact on the human spirit often has an eternal significance. As I look back over the past sixty years of my life, I can honestly say I have only had a handful of such experiences. These few defining moments not only shaped my faith in God Almighty, but also significantly altered my earthly destiny. A revelation of faith, the birth of a child, the death of a loved, or the loss of a relationship all possess the potential to serve as events defining the very essence of our human spirit...

To read the entire article, click on the pdf file below:

I Ponder as I Wander...
IPonderAsIWander.pdf
Adobe Acrobat document [239.7 KB] 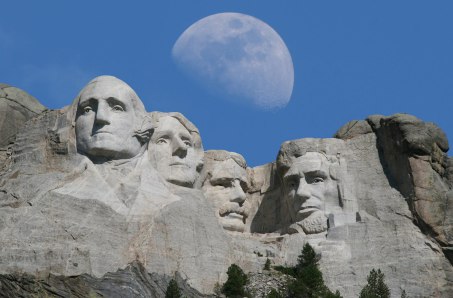 It amazes me how the mindset of the political world has shifted over the past several decades. Even those who don't claim to be closely aligned with any political affiliation have become quite offended by certain government officials. It's like the sight of certain individuals from either side of the aisle makes your hair stand straight up with an electrical charge and you're ready to put up the dukes for battle. As a society we've lost the ability to think for ourselves, standup for our beliefs and debate others with differing views without going on the offensive and taking everything personal. It's sad because the loss of civility is a precursor to the loss of human respect and the ability to coexist with one another.  This trend is perpetuated by not only the modern day media, but it's  also contained within the very tenents of each political party.

I think it's time to start describing folks who are constantly pushing their own political agenda and will never admit someone from the opposing party has done something good as "POLITIPHOBES!" POLITIPHOBIA is a fear of recognizing the positive accomplishments an individual from the opposing party has made because it makes their party of choice look weak or inept. (Sorry folks but that describes all of Congress!) These folks include bigots from both sides of the political aisle who won't acknowledge the strides others are making for the GOOD of AMERICA.

Politiphobes are the ones that if they saw Jesus Christ walk on water, they would accuse Him of not being able to swim! Sadly, all of these anti-American bigots are nothing more than a pile of whiny, self-absorbed, narcissistic POLITIPHOBES. They're hell-bent on having it their way. They're also incapable of having an original thought in their tiny little brain. They can only entertain thoughts if they get political party approval. You know what we used to call that type of group think? Puppetry! Do you know what puppetry leads to? Dictators and socialism! It's time to drain the swamp! Not only in Washington D.C. but in every state across the country. Of course it wouldn't hurt to start on social media too, since that's where most of the political brainwashing occurs which leads to POLITIPHOBIA! I pray it's not contagious because it's a special kind of stupid! Just Sayin'! 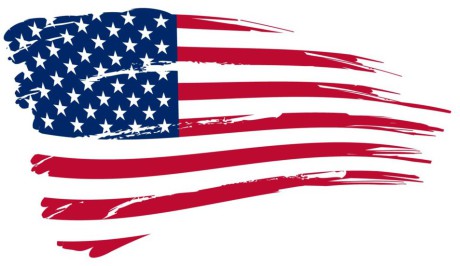 Lessons Learned Through the Journey of “Divorce!”

Want to read more? Click on the file below to download a pdf version of "Lessons Learned Through the Journey of Divorce." 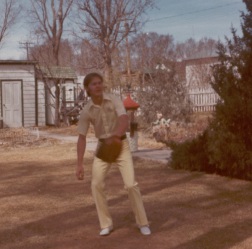 I just saw an article where the baseball legend Bryce Harper’s expected salary offer will be somewhere in the $300,000,000 range for an extended contract. Wow! Now being a retired public school teacher, I can’t even begin to wrap my mind around the reality of that kind of money. After all, when I first started teaching I was given a salary of $10,500 per year. When I retired after 28 years of service, with a double Master’s Degree and over 300 semester hours of additional graduate-level coursework and in-service training I had worked my salary up to top of the pay scale, around the $70,000 per year range.

Toward the end of my career there was a push for teachers to be paid according to merit. Not on their merit, but on the contrived evaluation of their student’s performance. Merit Pay could never begin to fairly compensate an educator for the unique intricacies involved in teaching a child. A Merit System can’t address the myriad of mitigating factors associated with a student’s academic performance. But yet, there are those politically motivated proponents trying to force a Merit Pay System onto all teachers based on the performance of someone else. Seriously? These people are nuts!

So, when I see a legendary athlete being offered hundreds of millions of dollars to play a game, I find it just a bit over the top. In fact, I find it audaciously perverse. In my mind it only goes to prove that it’s time to enact a Merit Pay System for every professional athlete. After all, they’re the ones getting paid for their legendary performance. If they are a superstar, then the skies the limit as to what they can make. If they have a stellar year, their pocketbook gets stuffed to the max. If they have an off year, well, they just better hope they put some of that extra stuffing in their bank account from the previous year.  Here’s my Professional Athlete Merit Pay Proposal. I’m using baseball as an example, but this would work for any sport.

Every player gets a guaranteed base salary of $75,000 a year. When he performs he gets bonus pay. When he fails there is a mandatory deduction. At the end of the season, if he’s performed well enough there will be a bonus check. Here’s the breakdown:

So, with all of that being considered, if you take the likes of a Bryce Harper and apply the merit pay system to the statistics he accumulated in 2018, he would have earned somewhere around the $750,000 range (10 times more than a highly paid teacher). Merit Pay for professional athletes; it all makes sense! Much more feasible than placing teachers on a Merit Pay system based on all the mitigating factors they have no control over! Just think about how much more affordable going to the ballpark would be for us middle class fans! You might even be able to afford a coke and a hotdog! Just Sayin’! 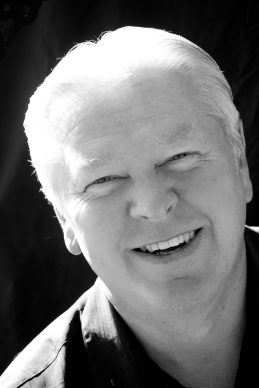 One of the gifts I was blessed to nurture throughout my life is the gift of humor. I've always had an ability to look at the humorous side of many situations. Often times, that has gotten me in a bit of trouble, especially during those formative years when teachers didn't enjoy having a class clown to contend with in a class filled with  adolescents. However, my humorous ramblings were never intended to be disruptive, at least most of the time. There were times things just popped out of my mouth that were a play on words or casting a bit of laughter into a situation.

My humor was always subtle. I love sharing puns. Through the years I relished the role of being the token punologist of nearly every group or gathering. Puns actually require deep thinking and spring forth from the deepest recesses of the brain. That part of the brain, immediately above the "Brain Stem" is the part that I refer to as the "Pun-ebelem!"

Punology is truly an artform - almost a long-lost artform. Most teachers hate it; most leaders despise it; and the majority of the world just doesn't "get it." But for those of us that do "get it," the practice of punology turns into a constant challenge. It's a way of life, a way of viewing the world from a lighter side. It's the way our brains operate. It inspires creative thinking, while engaging our competitive nature. After all, there's not a punologist out there that doesn't want to have the final word in a pun-contest. With that thought, I will leave you with this one. Did you hear about the optometrist who fell into his lense-grinding machine? He made a "spectacle" of himself! Just Sayin'!